I’ll flat out tell you this is one of wildest reads I’ve experienced! De Leon escorts us through a life filled with more perils than Pauline. It’s a story of survival over tribulations as formidable as those of UNBROKEN’s Louis Zamperini.

A runaway, at 14 she escaped the deadly clutches of Charlie Manson just days before his rampage. She was a top Houston drug dealer by 16 and, after a bust, endured days of solitary confinement before her 18th birthday. Oh yeah, she was on the run from a cartel for years and was later marked for assassination by the leader of California’s Brotherhood gang, who came to her house to do the job personally!

There are more adventures, lots more, spread over the U.S., Europe, Mexico, and South America as De Leon dances between business successes on both sides of legality, becomes Townes Van Zandt’s most enduring girlfriend, and forges her own career as a singer-songwriter with five acclaimed albums to date.

WILD RIDE is also the story of a small Texas woman who lived — and still lives — larger than life, cheating near certain death over a dozen times. With pluck, grit and luck, mixed with a huge amount of determination De Leon describes a life few can imagine, the scene shifting from Texas to California to Nashville as she moves through successful careers in logging, real estate and seafood marketing.

We live in an era filled with “Superhero” films of imaginary beings, here’s an engaging story by a real woman who, if not a “Superhero” has certainly accomplished significant super feats in a life very well lived.

As a showbiz veteran of nearly 50 years, I have read some hair-raising tales. But Bianca De Leon’s WILD RIDE takes the cake – and the ice cream and the cookies!

So, fasten a 3 point seat belt and take Bianca De Leon’s WILD RIDE, you won’t regret it and you will never forget it!

To write it, you’ve got to live it.

That was the mantra taken to heart by a young girl from Del Rio, Texas—the mantra of her compadres, a scrappy bunch of hungry young rebels with a cause, the Texas singer-songwriters who came to Nashville in the 1970s and changed it forever…and are now recognized as major forces in American music and the fathers (and mothers) of today’s Americana scene: Townes Van Zandt, Guy and Susanna Clark, Mickey Newbury, and Rodney Crowell, to name a few.

Bianca DeLeon started living it, and then she started writing it. She is now recognized as “one of the true Texas singer-songwriters” (John Conquest)—“a voice from Texas that does it right” (Guy Clark). In this, her first book, she tells the stories behind her songs—the stories that shaped her uniquely vibrant life and art.

Growing up in South Texas, near Corpus Christi, “six miles from the stop sign between Ingleside and Aransas Pass,” as a young girl, her aunt taught her to smuggle tequila across the border under her petticoats, and she became familiar with the life of desperados and secretos obscuros. Leaving school in Houston, she was drawn to the road. As a teenager, she learned to hop freight trains and ride the blinds, living everywhere from Santa Cruz to Sonora, from Nashville to Bogota. Dark, quiet, and observant, she slowly began to fashion the ups and downs of her existence into the substance of her art. She remembers making up songs as a child; later, she studied writing and classical guitar; then she met the young, brilliant, darkly handsome Townes Van Zandt in Houston and formed a deep, lasting connection that remains central in her life, just as the haunting beauty of Townes’ music is deeply ingrained in her music.

The stories brim with the themes of the time—as the innocence of the sixties sinks into the decadence of the seventies and many fail to emerge on the other side, our heroine describes her wild ride from drug deals and car chases to rock festivals and riots, from luxury hotels to logging camps, from a quiet cabin in the hills to the madcap grind of a European tour, finally sharing with appreciative audiences the music that she prevailed to make.

The cast of characters includes not only legendary musicians such as Van Zandt and Clark, but such darkly iconic figures as a well known serial killer and Manuel Noriega; everyone from a rakish member of the Jefferson Airplane to a world-famous mountain climber to an inebriated Scottish MP, from the mafia to the KKK to the Colombian cartel…all punctuated with earthquakes and kidnappings, train-hopping and motorcycle racing…and with the keen intelligence and earthy humor of a true survivor—the woman who lived it…and lived to tell the tale.

— Robert Earl Hardy; Author of “A Deeper Blue, The Life and Music of Townes Van Zandt”. 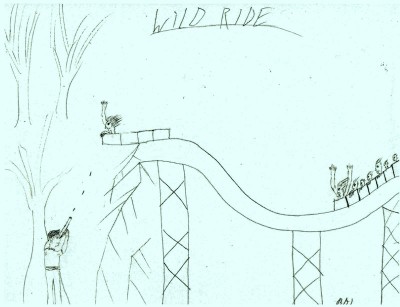 “A voice from Texas that does it right.”